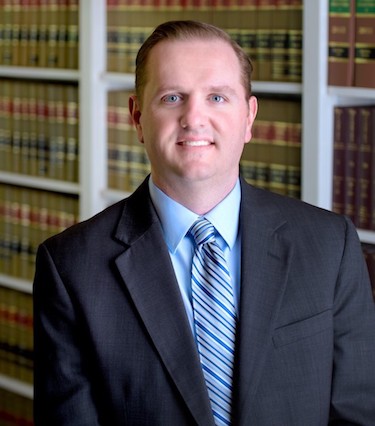 ABOUT:
John joined Coppins Monroe in 2019. Prior to joining the Firm, John clerked for the Honorable Karen K. Specie, Chief Bankruptcy Judge, United States Bankruptcy Court for the Northern District of Florida for two years following law school, then moved to private practice in Tampa, Florida.

Before beginning his career as a lawyer, John was a senior underwriter for an insurance services company in Jacksonville, Florida. He also worked as a paralegal specialist for the 927th Corps Support Battalion of the Florida Army National Guard.

John is admitted to practice in all Florida State Courts and the United States District Court for the Northern and Middle District of Florida.

John and his wife, Meghann, a teacher, have two daughters. He enjoys live music, cooking, watching football and spending time with his family and friends.